You're here » Home » Uncategorized » 50 Cent and Floyd Mayweather Jr. get nasty on twitter 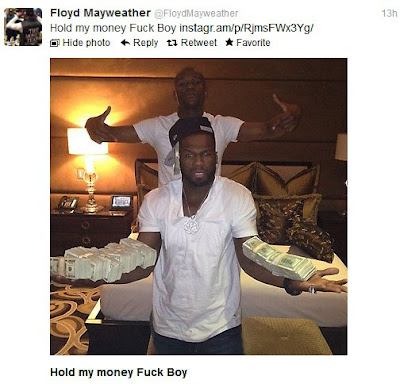 Former ‘buddy’ and ‘best-friends’ 50 Cent and Floyd Mayweather Jr. exchange nasty tweets against each other. It all started from 50 Cent tweet that said.

“I can’t hang out with Floyd no more,I’m tired of running from manny pacquiao”

If you are curious it is up for you to follow them on twitter. 50 Cent @50cent and Floyd mayweather Jr. @FloydMayweather. I believed because it is already started, there will be more of like this coming.